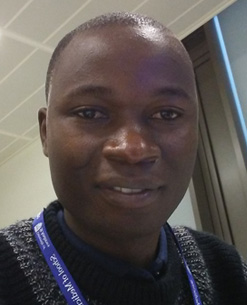 Mr. Mtafya is a molecular microbiologist at NIMR-MMRC and team member of TB Sequel network. Together with the NIMR-MMRC team, Mr. Mtafya will work on “pathogen” research task to describe the initial mycobacterial load and dynamics of microbial killing during therapy using traditional (smear microscopy and culture) as well as novel markers, in relation to outcome.

Mr. Mtafya holds a BSc. degree in Molecular Biology from University of Dar es Salaam, Tanzania, in 2009 and MSc in Infection and Immunity at University College of London (UCL) in 2013, UK. His MSc research project directly compared the molecular bacterial load assay (MBLA) for monitoring response to TB treatment with the gold standard culture. Mr. Mtafya has worked for NIMR-MMRC for 7 years (since 2009) as research scientist, TB laboratory supervisor and Manager at different time period. He was recently promoted to head the department of laboratory sciences, consisting three units (TB, Safety and Immunology laboratory). As Manager of the TB research laboratory, he coordinated and implemented successfully different TB drug trials including the REMOX-TB, NC005, STAND trial and PanACEA studies. Currently, Mr. Mtafya is a PhD student in Biomedical Sciences at University of St-Andrews, UK. His doctoral research work (in Tanzania) will evaluate the implementability of MBLA in clinical settings, assess the performance of MBLA in relation to Mtb in dormancy, and determine the effect of decontaminating agents in relation to time to positivity (TTP) in liquid culture. As a research scientist, Mr.Mtafya has studied the use of Mtb ribosomal RNA for monitoring TB treatment response. With the support from University of St. Andrews and UCL, he successfully implemented the MBLA at NIMR-MMRC, the assay which have shown to be stable, reproducible and adaptable in African settings in the recently completed PANBIOME study. Lastly, Mr. Mtafya provides day to day leadership of the laboratory sciences department as well as mentorship to junior scientists.