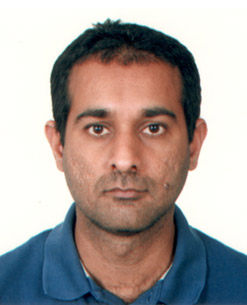 Dr. Jani is a project investigator on TB Sequel and oversees the project activities in Mozambique. He is also a lead on the Work Package related to Networking. Since 2009, he is the Director General of the Instituto Nacional de Saúde (INS) at Mozambique’s Ministry of Health. Dr. Jani has been a researcher at the INS since 1998, where he also served as the Head of the Department of Immunology from 2004 to 2009.

Dr. Jani qualified as a medical doctor at the Eduardo Mondlane University in Mozambique. He received a Ph.D. in immunology from the University of London in the United Kingdom. During his career Dr. Jani has lead efforts in the areas of research, public health, education and diagnostics with the objective of strengthening the health system in Mozambique. His research interests include vaccines and diagnostics, including the deployment of these health technologies in resource-limited health systems. Dr. Jani has authored over 50 publications in peer-reviewed scientific journals.

Dr. Jani is currently a member of the executive board of the International Association of National Public Health Institutes (IANPHI), a member of WHO’s Strategic Advisory Group of Experts on Immunization (SAGE), and a member of the Program Committee of the Conference on Retroviruses and Opportunistic Infections (CROI).