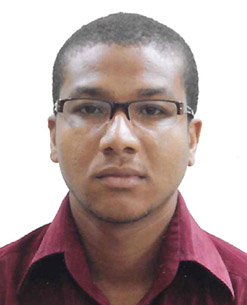 Khalide Azam is a Laboratory Scientist from The Instituto Nacional de Saúde (National Institute of Health – Mozambique) and is the head of The National TB Reference Laboratory where he has worked since 2008. He obtained his bachelor in biology sciences (2008) and Master in field epidemiology and laboratory at Eduardo Mondlane University (2013) in Maputo, Mozambique.

Since 2013 he has been a PhD candidate in Medical Research – International Health at Ludwig Maximilians Universitat, Germany.

His research interest is in tuberculosis, especially on new diagnostic methods and biomarkers for treatment monitoring and drug resistance.

He co-ordinates the drug resistance surveillance program and has played an important role in the lab accreditation to ISO 15189 standards.