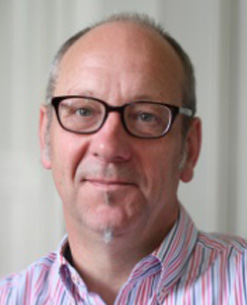 Prof. Dr. Ulrich E. Schaible is Director of the Priority Area Infections of the Research Centre Borstel, Head of the research group Cellular Microbiology, and Professor of Biochemical Microbiology and Immunochemistry as well as Chairman of the Master course Infection Biology at University Lübeck. Within TB Sequel he is responsible for the project Neutrophil signatures within the Host work package.

Ulrich is a biologist with a diploma from the University of Freiburg. He graduated as Dr. rer. nat. from the Max-Planck-Institute of Immunobiology, Freiburg. After two postdoctoral doctoral periods at Washington University, St.Louis, USA, and the Max-Planck-Institute of Infection Biology, Berlin, where he led a research group till 2006. In 2006, he became Professor of Immunology at the London School of Hygiene & Tropical Medicine, London, UK. After he became Director of the Dept. Molecular Infection Research at Research Centre Borstel and Professor at the University of Lübeck in 2008, he remained Honorary Professor at the London School of Hygiene & Tropical Medicine.

Ulrich has a long-term expertise in experimental infection research as documented by more than 125 publications and 6 patents. He participated in and (co-)led collaborative grants (Gates, DZIF, EU-FP7 (NAREB), DFG (SPP1580, IRTG, Excellence Cluster Inflammation @ Interfaces), BMBF, CNV). Currently, he is speaker of Leibniz Research Alliance Infections’21. Since 1996, his different research groups study pulmonary host defenses and host-pathogen interactions in tuberculosis on the molecular, cellular and animal model level. His work is based on the question how the intracellular niche of the tuberculosis agent, Mycobacterium tuberculosis, determines the pathogens fate and transmission as well as innate and acquired immune responses and pathogenesis in tuberculosis and, ultimately, anti-mycobacterial drug efficacy. He recently considered the micro-ecology of lung immune responses and provided the first thorough description of the murine lower airway microbiota.